Disney’s Animal Kingdom, the fourth theme park at Walt Disney World, opened in 1998. With over 500 acres, it is the largest Disney theme park in the world. The park’s primary theme is animal conservation and it includes six uniquely themed lands, including Africa, Asia, and DinoLand.

Our family trip in 2013 was my first visit to Animal Kingdom and there is so much to do that I wish I had done a little research ahead of time. There are Pinterest boards devoted to Disney’s Animal Kingdom, just like the boards devoted to Magic Kingdom, EPCOT, and Hollywood Studios. I’ve scoured Pinterest and found seven of the best for you. I will definitely be consulting them for our next trip! 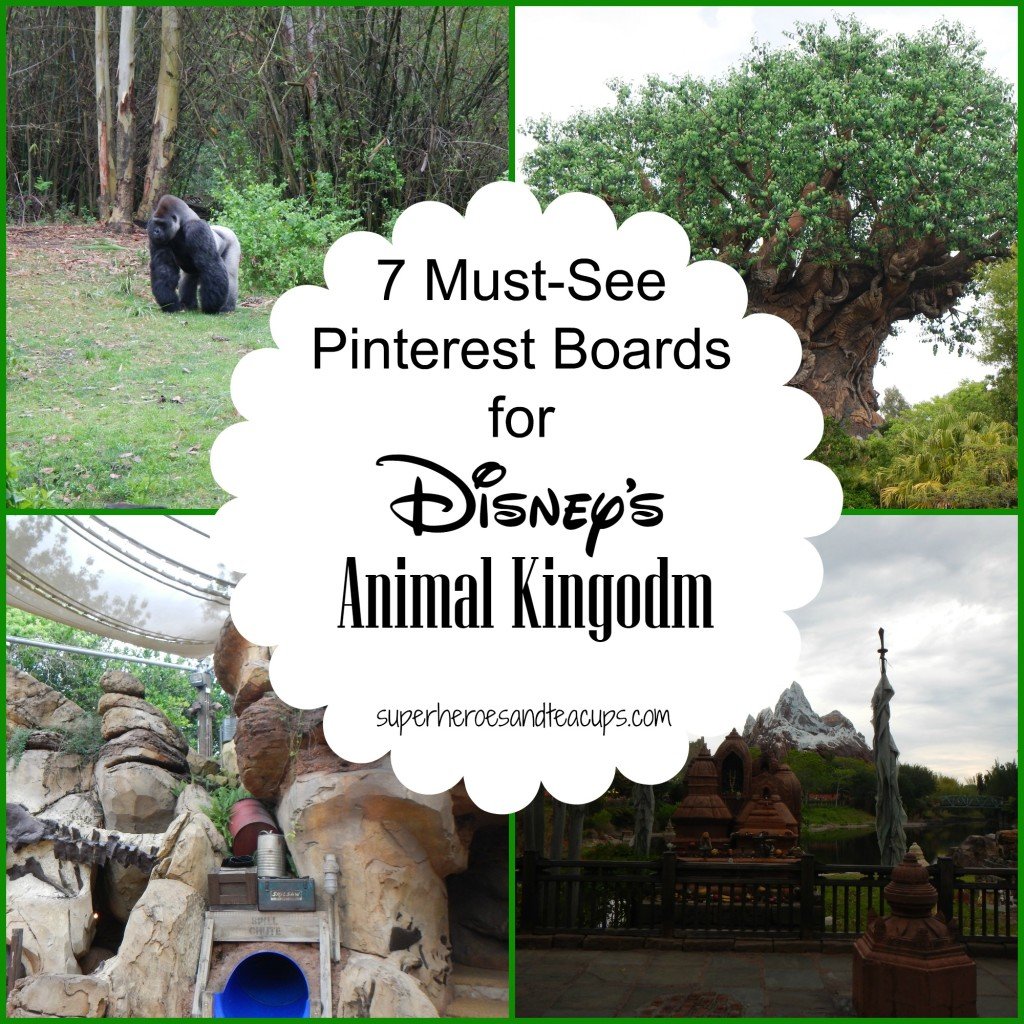 These are just a few of the great Pinterest boards devoted to Disney’s Animal Kingdom, but I hope you find something useful to help you on your next trip to Walt Disney World.