Both the Magic Kingdom and Epcot feature attractions that highlight American history and patriotic traditions. All of these attractions are appropriate for all ages and are perfect for families.

The Hall of Presidents

At the Magic Kingdom, in the heart of Liberty Square, is The Hall of Presidents. This picturesque building, designed to look like Philadelphia’s Independence Hall, houses a theater that contains one of the original attractions at Walt Disney World.

This attraction features a multi-media presentation of photos, films, and music as well as Audio-Animatronic figures of all United States Presidents. Key moments in United States history are highlighted and a few presidents (including whomever is the current president) make speeches. The Hall of Presidents is a great snapshot of American history. 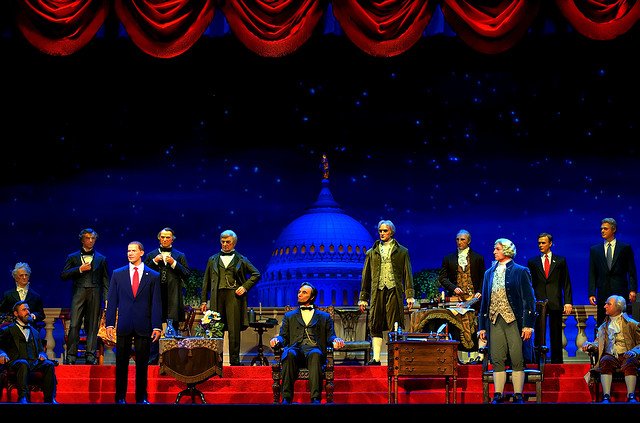 Every day at 5 pm, Main Street USA in the Magic Kingdom hosts a flag retreat. A veteran is chosen from among the many park guests to be the special guest for the ceremony. Patriotic music is played, the Pledge of Allegiance is recited, and the flag is lowered with all due reverence. The flag retreat ceremony is not advertised as much as the other traditional shows at Walt Disney World, but the touching ceremony is a sight to behold and usually stops people in their tracks. 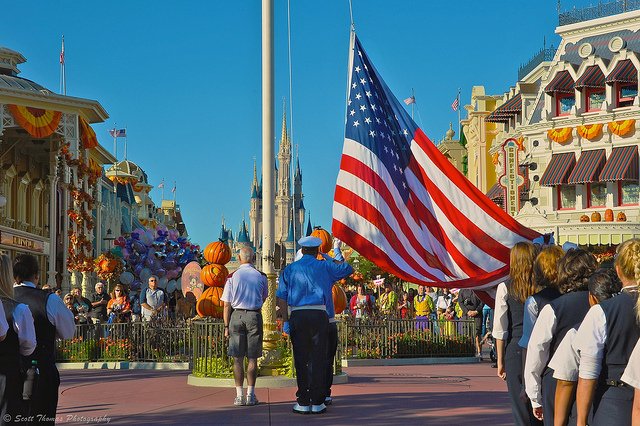 World Showcase in Epcot houses eleven countries from around the world, the the American Pavilion is at the very center. The American Adventure attraction can be found in the main building in this pavilion. The interior walls of the building contain quotes from famous Americans and paintings of life in America over the years.

Much like The Hall of Presidents, this attraction is a multi-media presentation with Audio-Animatronic figures. The scenes in the 30 minute show depict moments from American history, from the American Revolution to World War II. A few brief scenes from more recent years have been added to the end, including scenes of rescue workers from 9/11. The American Adventure is unbelievably moving and it is not unusual to see adults quietly wiping away tears as the lights come up. 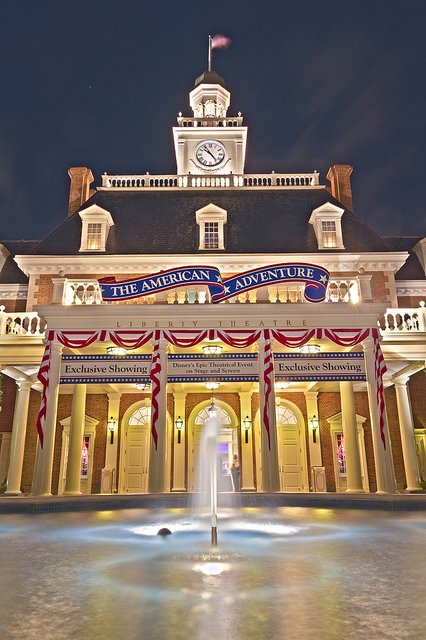 No trip to the American Pavilion in Epcot is complete without stopping to listen to the Voices of Liberty. This eight member a cappella group wears costumes from the colonial era and performs traditional patriotic songs. The acoustics of the rotunda of The American Adventure make their performances even more special! 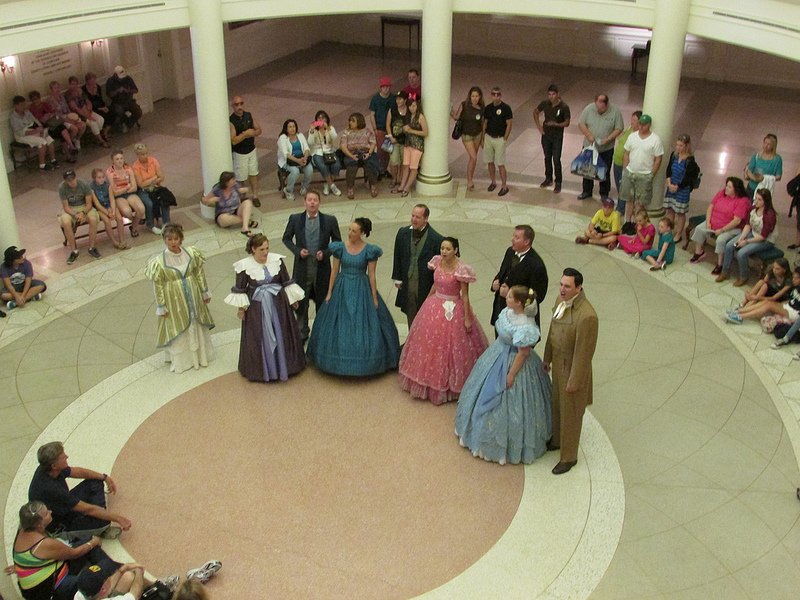 Have you ever experienced any of these wonderful attractions and celebrated patriotism with your family at Walt Disney World?